“Playing dead” is one of the most fun tricks to teach a dog. But for a very special beagle named Bailey on an episode of David Letterman, playing dead doesn’t just mean lying down on the floor. 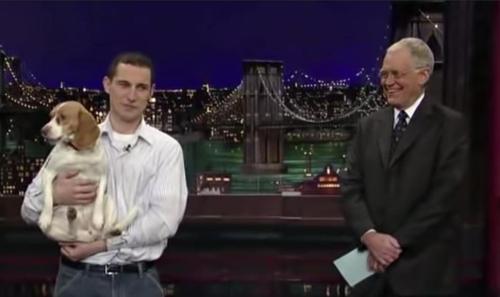 In an appearance on David Letterman, Bailey’s owner Mike first introduced the pooch to the world. At first glance, Bailey seems like a pretty run-of-the-mill beagle. But after being told to play dead, Bailey closes his eyes and goes completely and totally limp right there in Mike’s arms. 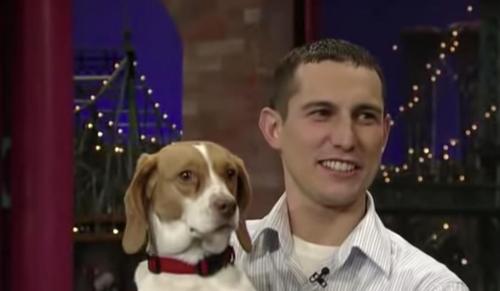 Letterman is completely shocked, noting that beagles can be quite difficult to train as they have very independent personalities, going to far as to call Bailey’s demeanor somewhat “snarky.” The Late Show host is left in stitches as Bailey repeats his amazing trick for a second time.

“That was good!” Letterman muses between chuckles. 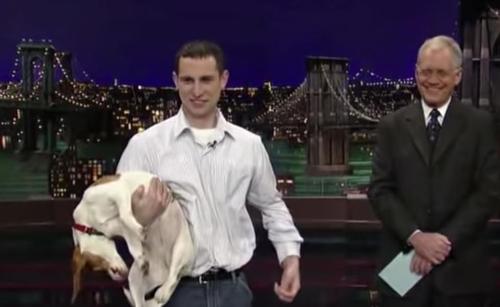 “He’s fine. That was great,” Letterman adds as Mike feeds Bailey a treat for a job well done. The show then replays Bailey’s trick in slow motion, showing just how wonderful of a performer Bailey truly is. 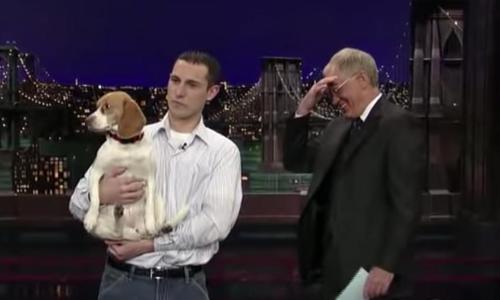 It’s true that beagles can be difficult to train, as they truly have a mind of their own. However, this isn’t to say that the breed is untrainable. Beagles just need a little extra time and attention before they’ll learn how to respond to commands. It’s possible that Bailey’s owner Mike understood that Bailey would require extra training to be a well-behaved dog, which is perhaps how Bailey came to know such a complicated trick.

Can your dog do a special or unique trick? Let us know in the comments and be sure to show this story to any friend who could use a laugh. We know that Bailey definitely cracked us up.

Shelter Dog Is Rescued 1 Hour Before Being Put Down