You have probably seen dozens of Git Up Challenge videos by now but this particular one truly stands out from the crowd. 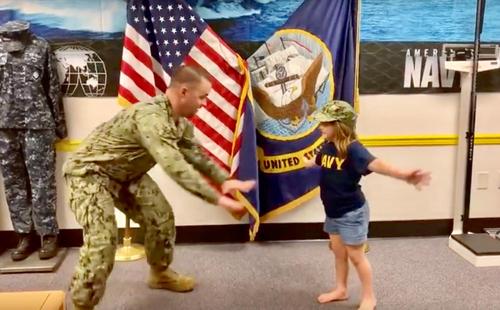 Although Blanco Brown performs country music, he has a history in writing and producing hip hop and dance music for popular artists such as Pit Bull and Chris Brown. In 2019, his dream came true when he released his own album. One of the hit songs on that compilation was “The Git Up.” 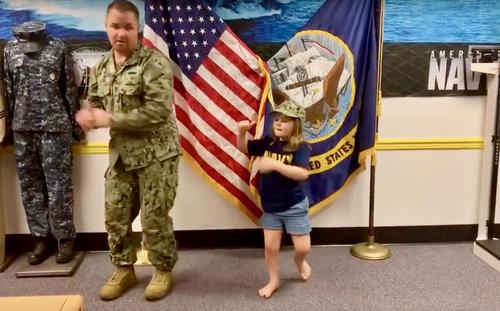 Brown took to the internet to post a video along with Lainey Wilson showing people how to dance along to the catchy tune. It was not long before the Git Up Challenge was born.

Since then, thousands of people have posted their own videos dancing along to “The Git Up.” Police departments from around the country were even challenging neighboring departments to their own dance-offs. Because the steps are so simple, it is relatively easy for anybody to pick up the dance quickly 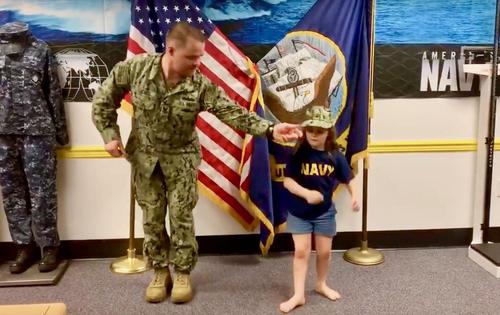 One of the best subsets of challenges comes from adorable father and daughter duos. In this charming video, a Naval officer and his cute daughter win everyone’s hearts with their rendition of the challenge. Their video already has over half a million views.

This father is clearly doting on his daughter as she prances around. Many people commented on the video to thank the officer for his service. It is hard not to get into the spirit of the challenge when you watch this duo strut their stuff. After you have watched this clip, be sure to spread the love to everyone else in your social network.