People who enjoyed their youthful years in the 1960s are probably not as bubbly today. As for one legendary skating couple, Oleg Alekeyevich Protopopov and Lyudmila Yevgeniyevna Belousova, they had the chance to show off their moves from their youthful years at 83 and 79 years respectively. Unbelievable right?

The story of this Gold medal-winning couple traces back to 1954 when Oleg met Lyudmila in the spring of 1954 in Moscow. This would be the germination of a meaningful and long partnership of two love birds who were both passionate about professional skating. Oleg Protopopov began skating rather late at 15 years of age while Lyudmila Belousova jumpstarted her interests in skating at the age of 16.

As fate would have it, they both formed a friendship and partnership as professional skaters that would eventually lead them into marriage three years after meeting. The two times Olympic Gold Medalists would then search for greater challenges and more technical difficulties. After a series of changing coaches and tactics, Protopopov and Belousova debuted in their first-ever World Championships in 1958, securing the 13th spot. In 1960, the pair featured in their first Olympics, finishing 9th. 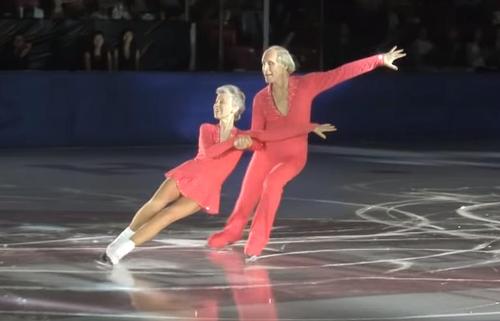 In 1962, a determined Belousova and Protopopov participated in the World Championship and won a silver medal after finishing 2nd place. This would be the start of a series of incredible wins for the couple. They retained the World Championship gold medal won in 1965 for three years before. In 1964, the now formidable force won their first Gold medal in the Olympics and later added a second to their portfolio in the 1968 Olympics. 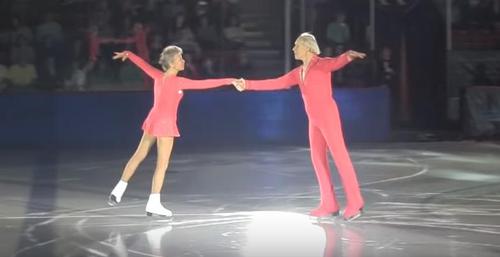 Unfortunately, in 1979, after a political storm, the Protopopovs were exiled and defected to Switzerland and then later settled in America. With immense experience, the couple went ahead to join the Ice Capades while still keeping their flame burning in professional skating all through into their 60s.

Sadly, Belousova was laid to rest two years after the electrifying performance in 2017. Watch the video to see how these two love birds have entertained the world for decades. Are you inspired? Spread the piece to inspire others!