Gerasimos Klonis was out with his girlfriend on a normal date. The couple was having lunch in Albuquerque at a local restaurant. In the middle of their meal, the couple started to hear a dog whining in the distance. 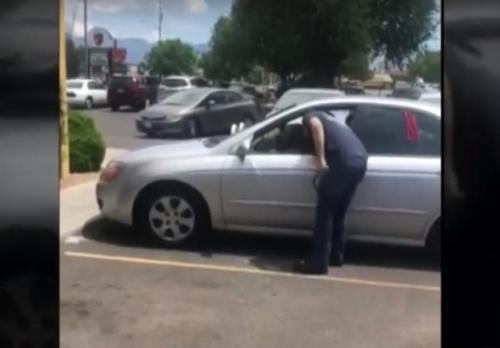 After looking around for a minute to determine the origin of the cries, they realized that the dog was whining from the inside of a car that was parked near the restaurant. It was an incredibly hot day and the poor dog was stuck inside the locked vehicle with nobody inside. He was definitely feeling the impact of the warm temperatures.

His yelps were clear signs of distress and a call for help. Klonis and his girlfriend decided to call 911 after there weren’t any signs that the dog’s owner would be returning anytime soon. Until the emergency responders arrived, the dog was trying his hardest to breathe out of the tiny crack left in the car window. He could be seen pawing and scratching at the window in an attempt to dig out. 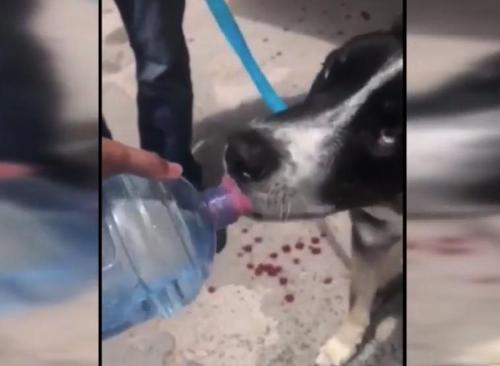 Gerasimos waited patiently with his girlfriend for the responders to arrive. After 10 minutes of seeing the poor dog trying to escape the hot vehicle, Gerasimos decided to handle the situation himself. He couldn’t bear watching the poor dog suffer anymore. After all, he is a true animal lover.

Although his motivation wasn’t to damage the owner’s vehicle, it was what needed to be done in order to help the poor animal. In the video, Gerasimos can be seen taking a crowbar and hitting the driver’s side window. He proceeded to unlock the door and the car’s alarm started blaring. The dog was timid at first but was relieved to escape the heat of the vehicle. 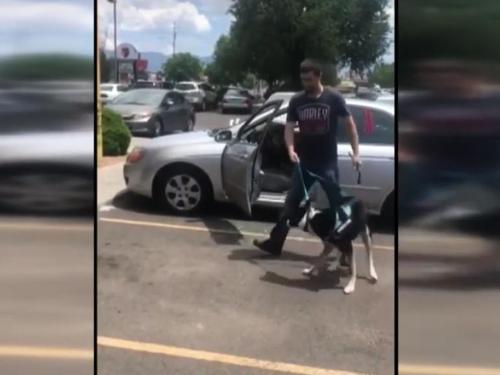 The dog was rescued from the vehicle and given water to rehydrate and cool off. Gerasimos ended up needing a tetanus shot and stitches after breaking the window. In the video, he can be seen confronting the dog’s owner about the mishap.

The video has since gone viral and many people are calling Gerasimos a hero. He showed a willingness to help a dog who was in a desperate situation with no control.

What do you think about his actions? Were they justified? Tell us your thoughts in the comments and be sure to pass this article along to your animal loving friends!