Doria Ragland, Meghan Markle’s mother is reportedly happy that her daughter and Prince Harry are taking a step away from the Royal Family. After Meghan voiced her struggles about being in the spotlight while also being a new mother, Doria is fully supportive of the couple’s decision to back away. 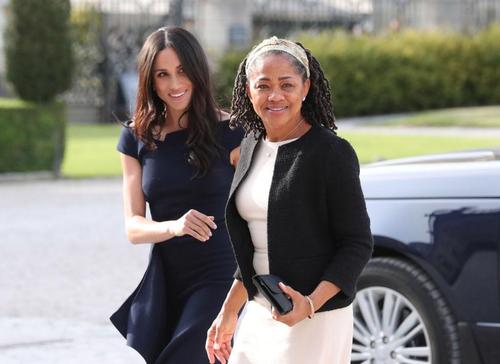 (Photo by Steve Parsons – Pool / Getty Images)According to The Mirror, Doria was reportedly worried about her 38-year-old daughter having such a heavy spotlight on her. A friend of Meghan’s told the tabloid in light of the recent announcement Harry and Meghan have made about stepping down from being ‘senior’ royals, Doria is fully supportive. 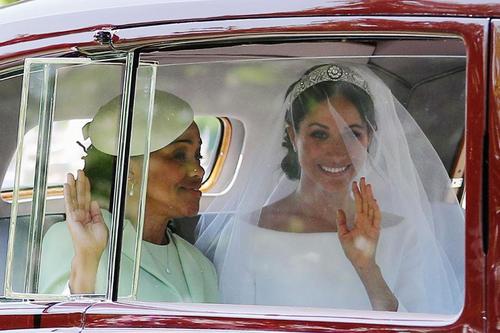 “Doria is very much about being true to oneself and so, of course, she will continue to encourage Meghan to take the road less travelled,” the source said. Meghan has apparently been having panic attacks and been “miserable” while living in the U.K.

Meghan has faced unfair scrutiny from the English press which has led her and her husband to take legal action against certain tabloids stated on their official website. She expressed gratitude towards a reporter’s concern during the “Harry & Meghan: An African Journey” documentary last year.

“Thank you for asking because not many people have asked if I’m okay, but it’s a very real thing to be going through behind the scenes,” Meghan said.

The Duke and Duchess of Sussex are pleased to announce they have named their first born child: Archie Harrison Mountbatten-Windsor This afternoon Their Royal Highnesses introduced Her Majesty The Queen to her eighth great-grandchild at Windsor Castle. The Duke of Edinburgh and The Duchess’ mother were also present for this special occasion. Photo credit: Chris Allerton ©️SussexRoyal

Queen Elizabeth released a statement yesterday confirming that Prince Harry and Meghan Markle will be splitting their time between the U.K. and Canada. The press release reads:

“My family and I are entirely supportive of Harry and Meghan’s desire to create a new life as a young family. Although we would have preferred them to remain full-time working Members of the Royal Family…”

…”we respect and understand their wish to live a more independent life as a family while remaining a valued part of my family. Harry and Meghan have made clear that they do not want to be reliant on public funds in their new lives. It has therefore been agreed that there will be a period of transition in which the Sussexes will spend time in Canada and the UK.”

This morning, The Duke and Duchess of Sussex’s son, Archie Harrison Mountbatten-Windsor was christened in the Private Chapel at Windsor Castle at an intimate service officiated by the Archbishop of Canterbury, Justin Welby. The Duke and Duchess of Sussex are so happy to share the joy of this day with members of the public who have been incredibly supportive since the birth of their son. They thank you for your kindness in welcoming their first born and celebrating this special moment. Their Royal Highnesses feel fortunate to have enjoyed this day with family and the godparents of Archie. Their son, Archie, was baptised wearing the handmade replica of the royal christening gown which has been worn by royal infants for the last 11 years. The original Royal Christening Robe, made of fine Honiton lace lined with white satin, was commissioned by Queen Victoria in 1841 and first worn by her eldest daughter. It was subsequently worn for generations of Royal christenings, including The Queen, her children and her grandchildren until 2004, when The Queen commissioned this handmade replica, in order for the fragile historic outfit to be preserved, and for the tradition to continue. Photo credit: Chris Allerton ©️SussexRoyal

Meghan jetted back to Canada days ago to be with Archie who had stayed in Canada with a babysitter. Meghan is reported to be staying abroad for a while Harry sorts out the storm with the royal family. A friend of Meghan’s reported that the Duchess has no intention of returning back to the U.K. and is already looking for houses in Canada.

What kind of solution do you think the royal family will come to in the next coming days? Tell us below. Pass this article along to your friends and family.

Spot the pencil hidden in this stack of books! Most struggle to find it in 20 seconds. Can you find it faster?