Everybody likes a good song by the Carpenters, right? In any case, one four-months-old baby is proving that he is a big fan of the singing group. A new video of the tiny baby trying to sing along with a Carpenters’ tune is so adorable that it’s easy to understand why it’s taking the internet by storm.

Posted by The Carpenters on Thursday, 9 August 2018

Baby Adler was sitting in his car seat, strapped into place at the kitchen table when one of his mom’s friends decided that it was time to introduce him to a famous Carpenters song. The woman leans over him and begins to sing “I Need To Be In Love”.

Initially, Adler is so captivated by her voice and the song itself that he seems mesmerized. His adorable reaction caused someone to start recording a video, and we’re so glad that they did! 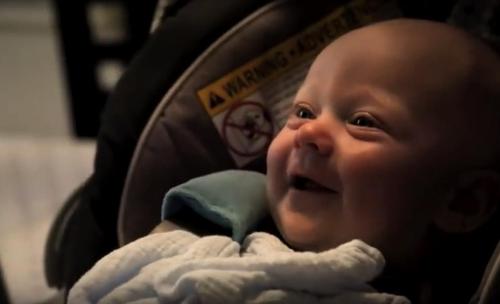 As the song progresses, Adler’s adorable smile grows wider and he seems unable to handle just listening any longer. The precious child opens his mouth and starts trying to sing along, making little whining noises right along with the woman herself.

Staring into his mom’s friend’s face, Adler continues to beam, obviously enjoying not only the song itself but also the opportunity to sing along with her. 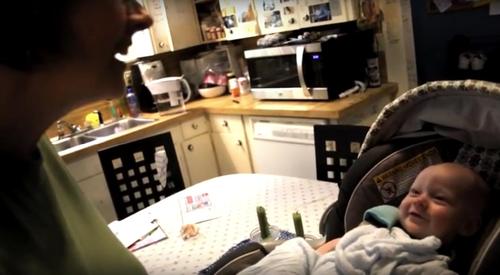 “I Need To Be In Love” isn’t just a hit among the baby population; according to Songfacts.com, it was also Karen Carpenter’s favorite of all her songs.

After catching the precious video of Adler singing, the man who recorded it knew that he just had to share it with the world! He quickly uploaded it to YouTube along with a thank you to Adler’s mom, Lisa, for bringing Adler over to visit and giving them the chance to see such a precious performance. 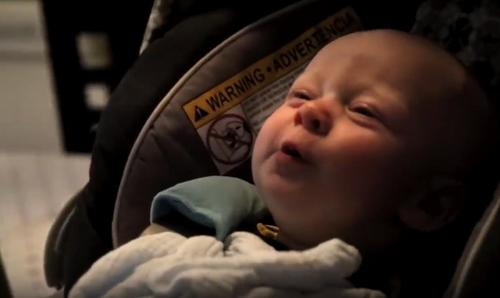 Since the video was posted online, it has been watched over 3.4 million times! Some commenters stated that their hearts were simply melting at the combination of the beautiful song and the baby’s sweet expression. Someone else said that the expression on Adler’s face revealed that he could feel every word of Karen’s famous song.

Watch the video for yourself so that you can see Adler’s adorable expression and his sweet attempts at trying to sing along. What do you think of this baby and his performance? Let us hear about your reaction below.

Meet Thor, the most beautiful bengal cat in the world!