Elephants are truly majestic. They’re one of the handful of animals in the world that build friendships across species. They also love music as much as humans do, as this adorable video from an animal sanctuary in Thailand shows. 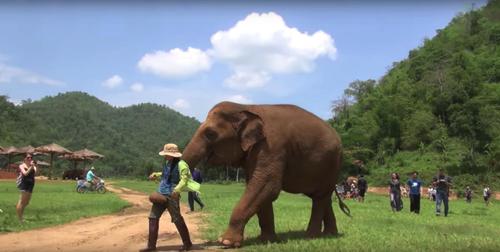 Lek Chailert has a passion for elephants. That’s what led the young woman to found an elephant rescue center in northern Thailand. At the Elephant Rescue Center, Lek introduces visitors to the magic of elephants, including her special friend, FaaMai. 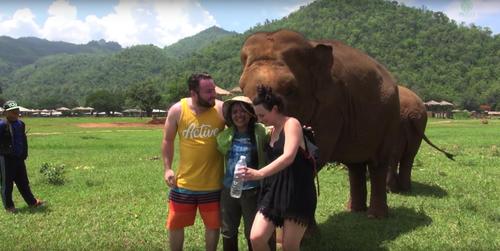 She was the first baby elephant born at the Elephant Rescue Center. Her birth symbolized a new day for the center’s mission of keeping elephants alive, the Elephant Nature Park website reports. Ever since birth, she’s had a close bond with Lek.

Some people might be afraid to get close to elephants, but not Lek. Since she helped raise Fai Mai, she knows this beautiful girl is a gentle giant. The two regularly cuddle up, pose for pictures and sing together. 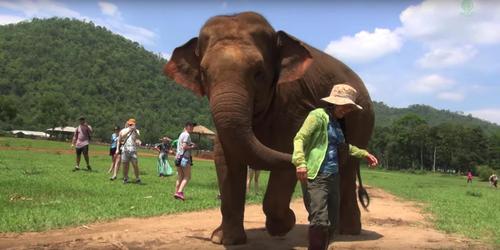 Faa Mai doesn’t want to keep Lek’s love to herself. The elephant has recently adopted little Thong Ae under her care. That’s why Faa Mai insisted Lek take a break from talking to tourists to come see Thong Ae.

At first, Lek didn’t know what was happening. Where was Faa Mai taking her? Why did the elephant want her to go on a break? Once Lek saw Thong Ae waiting, she understood. Faa Mai wanted Lek to sing Thong Ae to sleep! That’s one thoughtful elephant mama.

You can watch the whole thing in this video, including Faa Mai and Lek hugging each other while Thong Ae slowly drifts off to sleep.

What do you think about this story? Can you believe the special bond between this elephant and her caretaker? Let us know in the comments and be sure to pass this article along to all animal lovers out there!