Dorothy’ Dotty’ Sivyer and Kathleen ‘Kath’ Whitehead are the oldest living twins in Britain. The duo refers to themselves as ‘the twinnies’ and they were born in 1920 in Chatham, Kent. 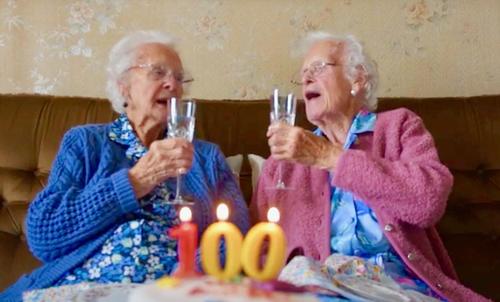 At the beginning of the lockdown, Dorothy and Kathleen moved back together to give each other company during the lockdown period. They figured that spending time together would be the best way to help each other avoid falling prey to loneliness.

As reported by the BBC last month, Dorothy and Kathleen say that they are not the typical sisters who continuously pick a fight with each other. They say that they haven’t fought each other during the time they spent together or even had major quarrels.

‘The twinnies’ say that each one has a unique personality, but this has never led to quarrels. Kathleen used to work as a teacher. She also got engaged but never got married. She, however, had children of her own. Throughout her life, Kathleen has been passionate about painting. She also loved to make silver tea and jewelry sets. 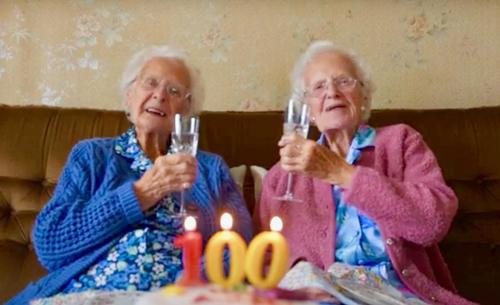 Dorothy, on the other hand, has always been more science-oriented and worked as an assistant to a physicist. She was married, but her husband passed on. Dotty and her husband had three children who gave them six grandchildren. In fact, Dotty has eight grand grandchildren.

A century later, the twins have witnessed major historical events beginning with world war two. When World War II was declared in 1939, Kathleen and Dorothy were 19-year-olds. As such, they saw and recognized the horrors of the war. This pushed them to take action to help their country win the war.

As such, Kathleen became a radar operator while Dorothy became a radiographer. Dorothy also treated injured soldiers returning from Normandy beach. At the end of the war, they took on new roles in life and lived to witness many other significant events, such as the cold war. 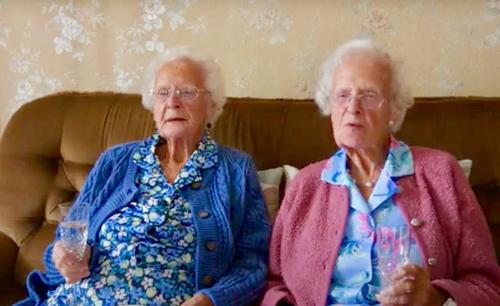 Kathleen and Dorothy have traveled quite extensively, and they have visited most major tourist attractions in Europe. According to Daily Mail, they have also traveled through Canada and Scandinavia. Their adventures have taken them to places such as the North Pole, where they remember seeing reindeer glaring at them as they cruised around.

The twins said that they attribute their long, happy lives to ensuring that they take everything in moderation. They also exercise regularly by cycling and taking walks. The duo says that they kept active even in hot summer months; they kept cycling and playing badminton. The girls have also attributed their happiness to maintaining a large group of girlfriends with whom they socialize.

Kathleen reveals, however, that their healthy lives have never stopped them from occasionally consuming “naughty foods.” She says that although they have never smoked, they used to enjoy the occasional glass of wine. Maintaining a good balance is the key to a long, happy life. She told Metro Newspaper UK: “We are the oldest identical twins in Britain, which is nice.”

So, what do you feel about this elderly pair? Tell us in the comments and be sure to pass this along!

Please scroll below for more stories 🙂

When Two People Are Destined For Each Other, They Will Always Find Their Way Back