Sam Elliott was featured in a chip commercial dancing to the country-rap hit “Old Town Road.” Doritos released a one-minute commercial starring the legendary actor and Lil Nas X the performer of the hit. Access Hollywood now released some behind the scenes footage of this ad. 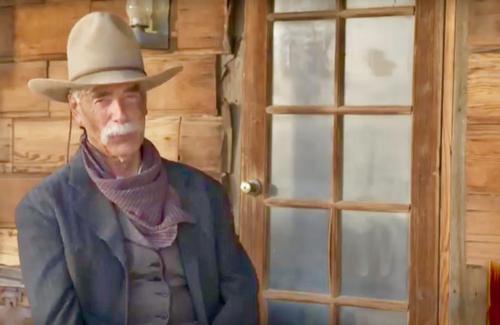 In the clip, Elliott walks into a saloon and stars quoting the lyrics from the song “Old Town Road.” His famous southern draw works perfectly with the lines from the song as he acts them out. Then a beat can be heard from outside before Elliott sets down his drink and exits the saloon. 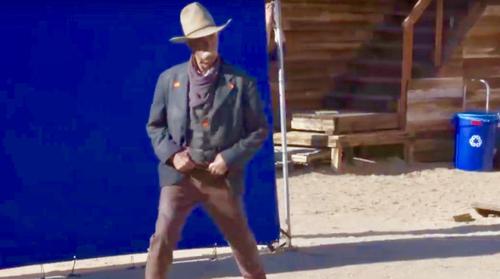 A second preview of the commercial released by Doritos shows Elliott and Lil Nas facing off in a dance duel. “Make your move, cowboy,” Elliott says before Lil Nas breaks out into dancing. Elliott’s famous mustache also breaks out a move as it wiggles across his face.

The dance number goes on and on before Elliott gives in to Lil Nas’s dances moves.

The behind the scenes footage now shows what went into the making of this ad. You can see shots of Elliott dancing in front of the camera while a choreographer helps him keep the beat and shouts instructions. If you look closely you can also see orange dots on his clothes. Those were used to help track his movements so the producers could use computer technology to render those dance moves the star did not complete himself. 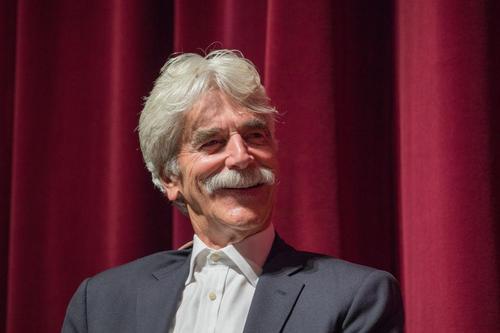 As the star put it, dancing is not one of his strengths. There were some things he just couldn’t do. But he seems to have taken it all in good humor and the end result is certainly wonderful to watch! The finished ad certainly makes it seem easy – and much less complicated than it actually was.

Pass this behind the scenes footage along to your friends to see their reactions! Did you think there was so much effort and work involved in this or were you surprised?