Due to the power of social media, the movement toward veganism is continuing to grow. Celebrities have played a major role in the decisions of young people to change to this lifestyle. istockphotos.com/WiktoryVeganism is not only about avoiding animal foods in your diet. It actually entails many different aspects of your lifestyle and philosophy toward animals and the planet. Vegans strive to prohibit all actions that could be lethal or exploitative toward animals. According to the Vegan Society, veganism is a way of living that strives to prohibit all forms of cruelty or use of animals for food and other products.

Vegans have a list of things that people should avoid doing in order to stay in compliance with their creed. Recently, the organization has targeted a favorite treat that people have enjoyed for decades: animal crackers. 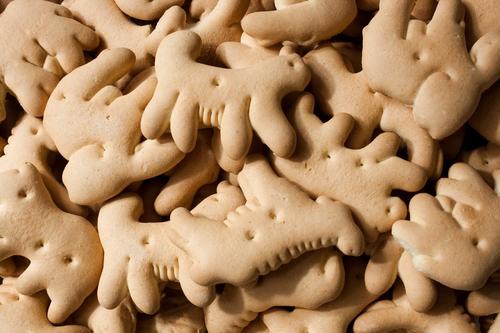 Animal crackers are free of animal-derived ingredients, but vegans are still trying to ban them from use by vegans. Their reasoning is that eating animal-shaped foods such as the iconic crackers will promote a sense of superiority toward animals. Animal rights activists want to foster a belief that people should treat animals as equals. They argue that encouraging children to eat animal crackers reinforces their sense that the other animals and nature are there to do with as they please without remorse.

After the movement has begun with animal crackers, it seems likely that the same group of activists will also target other animal-shaped foods, such as gummy bears and goldfish. Some people are reacting to the activists by saying there might be too few foods allowed to eat if the list of restrictions keeps growing. PETA recently succeeded in forcing Nabisco to change the package design for animal crackers, which used to portray animals in cages as you would see them in a circus. The new box design depicts the animals roaming wild in an African landscape. The PETA spokesperson, Tracy Reiman, expressed her approval of the change, and she claims that society will no longer tolerate the way animals are treated in the circus.

Vegans throughout the world voiced their approval on social media after Nabisco changed their box design. The change has had some critics as well. Some people argue that the change forced Nabisco and PETA to waste time and money on this action when it could have been used for more pressing issues of animal cruelty. Some people believe that the actions will have a positive effect because children will be less likely to feel that animals should be put in cages for entertainment. What do you think about the demands that vegan activists are making about animal-shaped foods and packaging designs? Let us know your thoughts in the comment section, and send links to this story on social media so that your friends can get involved in the discussion.

Only 1 out of 10 people can solve this puzzle: Can you figure out what the father’s fifth son is called?