For many people, it’s a kick straight to the gut to see what some people are capable of doing to their pets. Thankfully, more and more states are putting stricter animal cruelty laws on their books to deter neglect and abuse. Pennsylvania is one of those states, and that is why Nicole Baker didn’t get away with discarding her dog in the trash there.

Posted by Humane Society of Westmoreland County on Wednesday, 6 May 2015

People often throw away a lot of objects during moves to make room for a new life. That is understandable, but a pet isn’t an object. Dogs are living, breathing, feeling beings capable of the same suffering as humans.

Nicole Baker didn’t just discard her possessions when she decided to move to be closer to her boyfriend. She discarded her young dog Mia which she had adopted just about seven months prior to her move.

Posted by Humane Society of Westmoreland County on Wednesday, 5 November 2014

She could have brought her dog to an animal shelter. She could have left her with a veterinarian. She could have chosen to re-home her. In fact, court documents would later show that friends repeatedly offered to help and take care of Mia, but Baker rebuffed their offers and intentionally misled them into thinking Mia was already in good care. 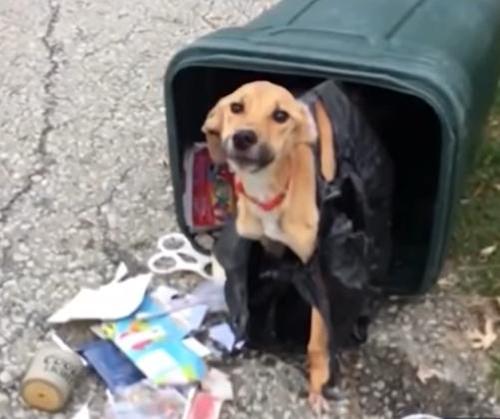 She wasn’t, though, and Baker knew this. Baker had intentionally stuffed her dog into a garbage bag. She then took the garbage bag and put it into a garbage can before moving to Texas. Abandoning a dog to the wilds is cruel enough, but what Baker did to Mia was a slow and torturous death sentence. 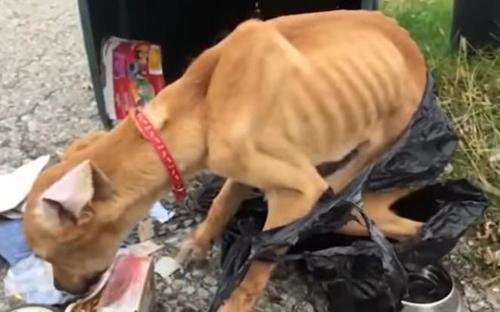 Without food, water or warmth and with very little air, Mia suffered for days in that garbage can. If not for Nathan Binne, a sanitation worker from East Huntingdon Township, PA, Mia’s story would likely not be one of survival. Binne was horrified and stunned by the abandoned dog’s emaciated and frightened condition.

Rescuers called The Humane Society of Westmoreland County, who reported the animal cruelty to the local authorities and set out to restore Mia’s health.

Posted by Humane Society of Westmoreland County on Wednesday, 6 May 2015

Mia received a new name, Fawna, for a brand new life. She was able to regain faith in humanity through the outpouring of support, toys, clothes, treats, and cash donations by the public. Fawna was adopted by Megan, who is one of the Human Society’s veterinary techs, and has since gained over 30 pounds and is thriving in a loving environment. The video at the end of this article shows Fawna after she recovered from escaping death. Unlike her former owner, Fawna is a real beauty.

Fawna appears to be singing as she thanks Officer Jan Dillon for her day in court. New Owner Megan stands by to take her dog home. Justice for Fawna.

Posted by Humane Society of Westmoreland County on Wednesday, 21 January 2015

Social media and news outlets patiently waited for what would happen to Baker. In the light of overwhelming evidence of intentional animal cruelty, Baker took a plea deal on the charge of disorderly conduct.

Fawna wants to thank everyone for coming to the Have a Heart, Pasta Palooza 2015. We had over 350 people and many…

Posted by Humane Society of Westmoreland County on Tuesday, 17 February 2015

Do you think the punishment fits the crime in Baker’s case? Do you know a story of a dog who survived abuse and neglect? Tell us your thoughts and opinions in the comment section, and don’t forget to pass Fawna’s story along to raise awareness for animal cruelty and abuse.